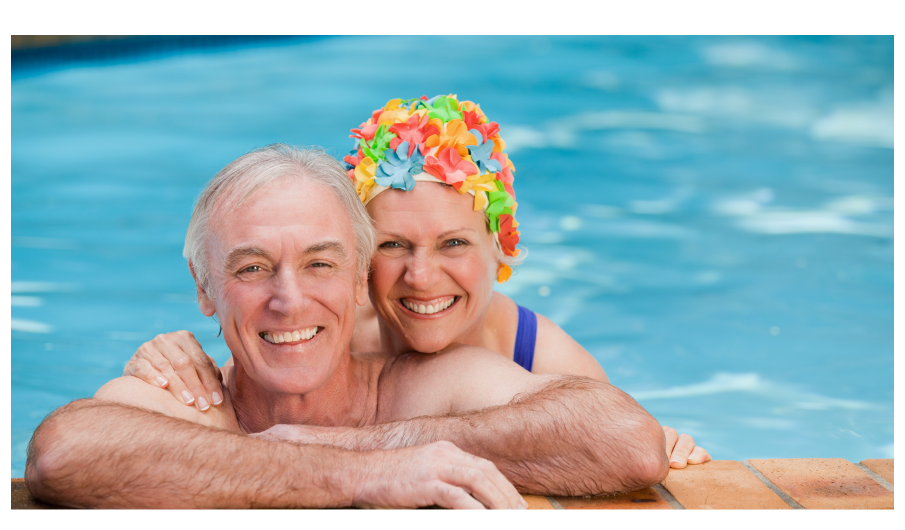 A common myth about aging is that older adults are burdened by illness and feel lousy much of the time. In fact, the opposite is usually true. Most seniors report feeling distinctly positive about their health.

Consider data from the 2017 National Health Interview Survey (the most recent available), administered by the U.S. Centers for Disease Control and Prevention. When asked to rate their overall health, 82% of adults ages 65 to 74 described it as excellent (18%), very good (32%) or good (32%) — on the positive side of the ledger. By contrast, 18% of this age group had a negative perspective, describing their health as fair (14%) or poor (4%).

How could this be true when the majority of older adults — about 60% — have two or more chronic illnesses, such as diabetes, arthritis, hypertension, heart disease or kidney disease, and higher rates of physical impairment than other age groups?

The answer lies in how older adults think about their health. For many, good health means more than the lack of illness or disability. The components of health they tend to value more are vitality, emotional well-being, positive social relationships, remaining active and satisfaction with life, while poor physical functioning plays a less important role.

“Being healthy means being able to continue doing what I like: going to the theater, organizing programs, enjoying the arts, walking,” said Lorelei Goldman, 80, of Evanston, Ill., who has had ovarian and breast cancer. She also describes her health as “good.”

“I have all my faculties and good, longtime friendships,” Goldman continued. “I used to be a bad sleeper, but now I’m sleeping much better. Almost every day, there are moments of clarity and joy. I’m involved in a lot of activities that are sustaining.”

Even when older adults are coping with medical conditions and impairments, they can usually think of people their age who are worse off than they — those who have died or gone to nursing homes, said Ellen Idler, a professor of sociology at Emory University in Atlanta and a leading researcher in the field of “self-rated health.” By comparison, seniors still able to live on their own may feel “I’m doing pretty well.”

At some point, merely surviving can be interpreted as a sign of good health. “People hit their 80s and 90s, look around and feel pretty good about just being alive,” Idler said.

That isn’t true for younger adults, who measure their health against an ideal “there shouldn’t be anything wrong with me” standard. But expectations for what constitutes good health change as people move into later life.

“Older people expect some deterioration in health and aren’t thrown off course in the same way when it occurs,” said Jason Schnittker, a professor of sociology at the University of Pennsylvania who has studied self-rated health.

Resilience is also at play. As older adults adapt to illness and other physical changes, they tend to adjust their outlook. “I may be handicapped, but I can still walk,” one 86-year-old woman told Swiss researchers after being hospitalized due to a fall and forced to use a stick to get around. She considered herself fortunate and rated her health positively. “As long as you can get to church, as long as you can walk, you can say all’s well,” a man in his 80s declared after becoming severely disabled because of a slipped disc in his spine and an embolism. He, too, felt good about his health.

Lest you think older adults’ bias toward positivity is a sign of denial or a lack of objectivity, a large body of research shows it’s highly meaningful. “Self-rated health is very strongly predictive of longevity” as well as other outcomes such as cognitive health and use of health care services, Schnittker noted.

Idler and Yael Benyamini, a professor at Tel Aviv University’s Bob Shapell School of Social Work, were among the first scholars to highlight the association between self-rated health and mortality in a much-cited 1997 study that examined research reports from around the world. The link was consistent even when adjustments were made for respondents’ medical conditions, medication use, health care utilization, socioeconomic status and other factors.

In a phone conversation, Benyamini offered two explanations for this finding, which has been widely replicated. People may be acutely attuned to subtle changes in their bodies, like increased pain or fatigue, that end up being significant but may be hard for doctors to detect. Also, people may factor in how multiple medical conditions interact and affect them — something that medical tests don’t pick up.

“Say you have diabetes, angina and osteoarthritis. How does this affect your life? It’s very individual — no one can tell from the outside — and it’s hard to put your finger on as a physician,” she said.

Another possible explanation is that people who feel healthy are more likely to be active and take care of themselves, making it likely they’ll survive longer, Benyamini said.

Of course, this positivity isn’t universal. African Americans, Hispanics, people with lower levels of income and education, and individuals with poor social connections are more likely to rate their health negatively as they age. At younger ages, women rate their health more poorly than men, but this changes in later life, with men becoming more likely to report worse health and women becoming more optimistic.

Sometimes, surveys assess self-rated mental health separately, and results for older adults again overturn common assumptions about negativity associated with older age. The National Social Life, Health, and Aging Project, spearheaded by investigators at the University of Chicago, found that fewer than 1% of adults (ages 57 to 97) rated their mental health as poor; just under 8% considered it fair; nearly 23% thought it was good; nearly 41% believed it was very good; and 28% judged it excellent. This data, based on a representative sample of 3,101 individuals surveyed in 2015, was provided upon request and has not yet been published.

“Mental health becomes an even more important component of self-rated health with age,” Schnittker said. Depression, in particular, appears to be a negative influence, affecting how people view their circumstances.

Although Laurie Brock, 69, of Denver, has severe arthritis and systemic lupus erythematosus, she considers her health “very good” and credits her optimism, her close relationships and her “extremely active life.” Poor health would mean being bedridden, “not being able to go out or be as mobile as I am” or extended suffering, she said.

“My attitude now is ‘I’ve lived 70 good years, and I hope the next years are rich as well,” Brock said. “I think most people fear old age. But once they get there, it’s like, ‘Oh, I’m still going, I’m still OK.’ And fear becomes acceptance.”